Hi, this is Henry, our lovely little chap, born in November 2015.

WE NEED YOUR HELP

Please sign up to show your support. This simple act will go a very long way into helping Henry have a future.

Henry needs a Stem cell donor, as do many others

We found out that Henry was poorly at our 12 week pregnancy ultrasound where Doctors only gave him a 20% chance of survival. This sparked a difficult and complicated pregnancy journey, with Henry being born one month early due to him being in significant distress.

He was placed on life support immediately, spent three weeks in the neonatal intensive care unit and received three blood transfusions in this time; although everyone knew he was desperately ill, nobody could tell us what was wrong…

We've had a busy few weeks speaking to journalists with the aim of raising awareness of @dba_uk and the vital role of DBA UK, @dkms_uk and stem cell/blood donors. Please take a look and share the post if you can ❤ x . https://www.mirror.co.uk/news/uk-news/oh-yes-exciting-toddlers-heartbreaking-13157198

Over his short life, Henry has had to endure many difficulties which no child should ever have to face.

He requires blood transfusions every 3-4 weeks to stay alive and has to have a needle inserted into his leg muscle every night to be attached to a pump which runs overnight, delivering medication to try and strip the excess iron from his body (this is called iron overload and is a side effect of all of the life-saving blood transfusions).

He has exhausted all current treatment options, so is in need of a stem cell transplant to give him the best chance of a healthier, happier life.

For those not lucky enough to know Henry personally, he is an extremely happy boy! He is too young to know that he is unwell or ‘different’, so gets on with every day with great pizazz and genuinely loves life. 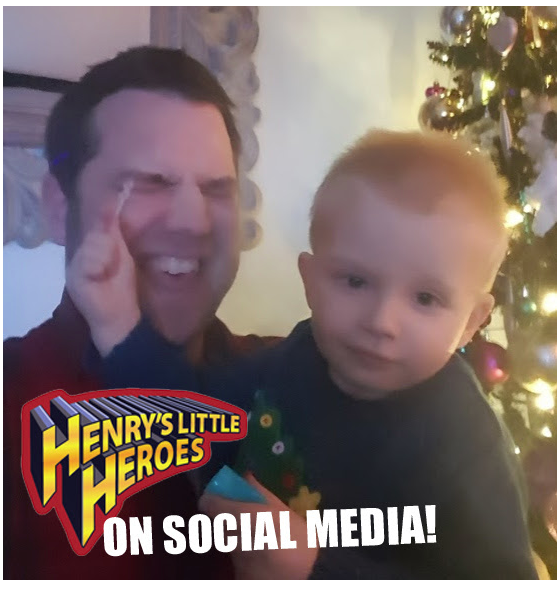 He’s a kind and gentle soul but also has a cracking sense of humour and loves to keep us all entertained! He loves the beach, music, Postman Pat and Buzz Lightyear and would live off of chocolate and ice cream if we allowed it!

After signing up, please consider making a donation

Any donation to DBA UK, even just as small as £1, makes a huge difference – if a UK tax payer, please don’t forget to add onto your donation Gift Aid.

We have set up this page to raise awareness of his condition, promote blood donation and stem cell registration and also to raise money for DBA UK. DBA UK is a small UK charity dedicated to bringing families with DBA together, sharing information and funding vital research into this rare condition to give families hope of a cure in the future.

Show your support and wear Henry’s Little Heroes Wrist Band, all proceeds go toward the fundraising

* Sorry, only UK mainland postage available at this time

Our good friend Aaron is a keen cyclist and has decided to ride 250 miles around East Anglia this weekend on Saturday 15th September, so we’re trying to raise funds to support him. The funds will be given to DBA UK, our primary charity who supports all of the families affected by Diamond Blackfan Anaemia. …

END_OF_DOCUMENT_TOKEN_TO_BE_REPLACED

View this post on Instagram We've had a busy few weeks speaking to journalists with the aim of raising awareness of @dba_uk and the vital role of DBA UK, @dkms_uk and stem cell/blood donors. Please take a look and share the post if you can ❤ x . https://www.mirror.co.uk/news/uk-news/oh-yes-exciting-toddlers-heartbreaking-13157198 A post shared by Henry's Little …

END_OF_DOCUMENT_TOKEN_TO_BE_REPLACED

If you want to send a message to us, we would love to hear from you!