Two years old today and what a two years they’ve been. This time two years ago, the hospital had me in for monitoring every 1-2 days because Henry had failed every test they’d done on him and they were pretty worried about him. This was supposed to be a much anticipated non-hospital, ‘rest’ day but some time that morning I’d realised he wasn’t moving so back to the hospital we went. A few hours (and a quick thinking consultant and emergency c-section) later, Henry was here! They said good job too, otherwise he wouldn’t have survived as he had so little blood left in him. I didn’t get to see him at all the day he was born, we were both too poorly

but the NICU staff were super and gave me a photo of him. They said it was 50/50 whether he survived (he’d already overcome 20% odds so we knew he could do it

) and the rest is history.

30 blood transfusions, more hospitals, needles, biopsies, tests and medication than you can shake a stick at, but still going strong and absolutely loving life. He’s so much more than DBA though, he’s our absolute joy and the only reason we need to get up every day

Please share this post, we need to get it to as many people as possible to get Henry the help he needs and his chance for a better future.

Show your support and wear Henry's Little Heroes Wrist Band, all proceeds go toward the fundraising 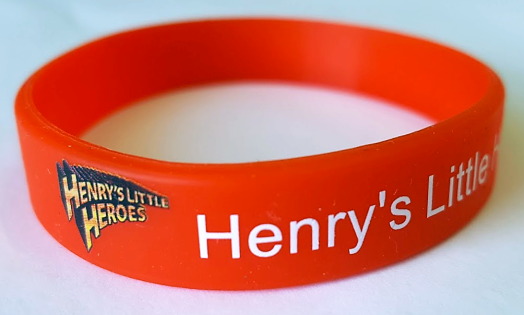 * Sorry, only UK mainland postage available at this time